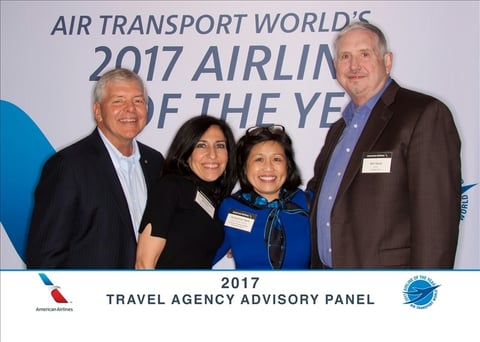 Travelink, American Express Travel is pleased to announce that during the 43rd Annual Airline Industry Achievement Awards, William Haire, Vice President and Managing Partner of Travelink, was appointed to the 2017 American Airlines Travel Agency Advisory Panel. The event was held in New York City where American Airlines was named Airline of the Year for 2017 by Air Transport World (ATW). American Airlines was recognized by ATW’s editorial board because of its leadership and employees’ achievements over the past year in integrating American and US Airways. ATW called the integration, “practically flawless despite it being the largest, most complex airline merger in history.”

Travelink is an official representative of
American Express Travel